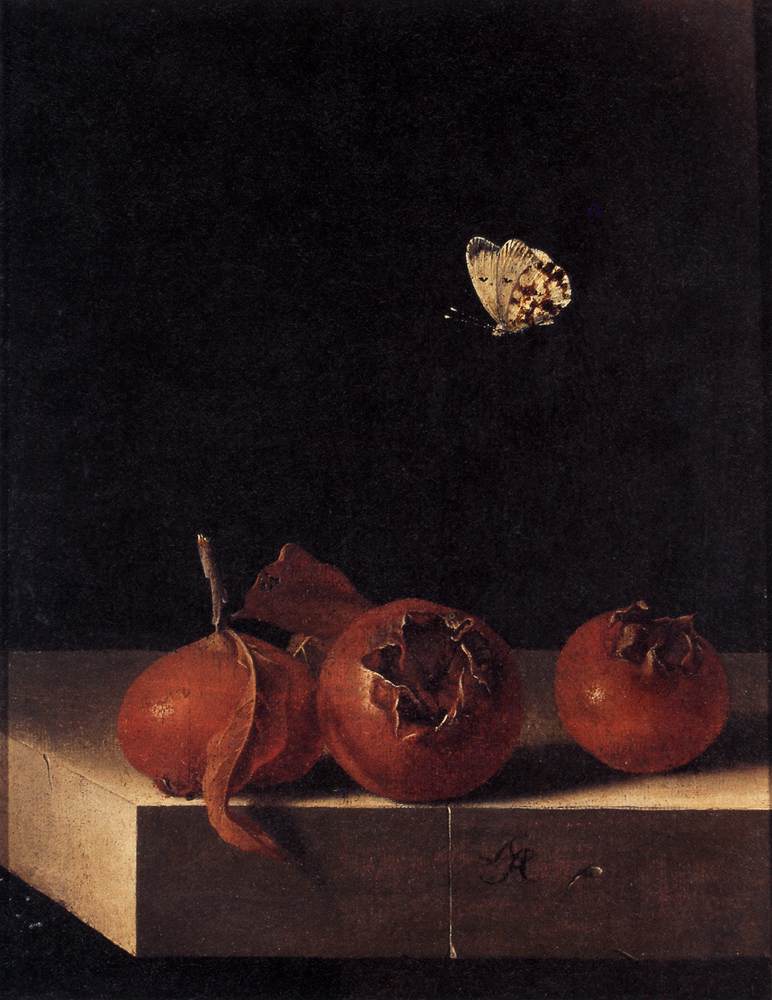 Medlar, palatable only when allowed to rot, is unusual to find at stores in the United States.  It is a winter fruit from the misty mornings of my childhood, one that had almost slipped my memory.  Where I grew up, peasant women foraged medlars during the year’s unhospitable months and offered them for sale at the corners of deserted farmer’s markets.  I used to crave this fruit.  The medlar’s slightly zesty taste and creamy texture provided me with comfort and solace.

One winter morning, when light was sparse and warmth was very much wanted, I climbed the stairs to the attic kitchen.  I pushed the door open and, when sure nobody was there, I walked over to the window of modest proportions, its head tucked into the slanted ceiling and its sill resting on a floor of wooden beams.  I sat down, pressed my hips against the chilly sill, tucked my chin into my knees, and looked through the iron bars that formed a perfect circle.  The sky above me was the soft rustling of bare branches and the flipping wings of sleepy doves.  Down below, the wooden clogs (halami) of Roma women clip-clopped along the empty street as they were preparing to do their cleaning duties.  The women’s calls tore the threads of greyish fog, which muffled the bright colors of their dresses and lightened the brownish tint of their skin.

END_OF_DOCUMENT_TOKEN_TO_BE_REPLACED

A Mon Chéri was my first bite of capitalism.  I couldn’t have been older than five.  Unease gripped my throat as soon as I bit into the crisp, thin chocolate exterior and liqueur ran down my chin.  Just a second later, a sticky wave of panic washed over me: my top would stain, and my grandfather would yell at me back home.  My clumsy fingers quickly shove the rest of the praline into my mouth.  I stole an anxious glance at my grandmother’s stained dress but the alcohol got to my head and within seconds, I felt slightly elated.  The neat, white curtains couldn’t stop me from glancing through the window.  The hollyhock blossoms out in the garden on the other side nodded conspiratorially at me.  Their vibrant colors looked even more radiant and tempting.

END_OF_DOCUMENT_TOKEN_TO_BE_REPLACED

“I need a drink with baking soda … my throat is burning and I can hardly swallow.”  This was my grandmother’s signature phrase.  Her custom was to deliver it with urgency and pathos at the entrance to my parents’ living space in our family home in Plovdiv.  She would lean forward through the half-opened door, her hand timidly resting on the door handle.  My grandmother’s craving for the unassuming white powder hovered over the table in our dining area.

As I grew older, I learned to recognize the slight variations in tone and wording depending on the person who my grandmother addressed.  I sensed that my grandmother’s need for baking soda revealed something crucial about her personality.  It also had to do with her position in our family.

END_OF_DOCUMENT_TOKEN_TO_BE_REPLACED 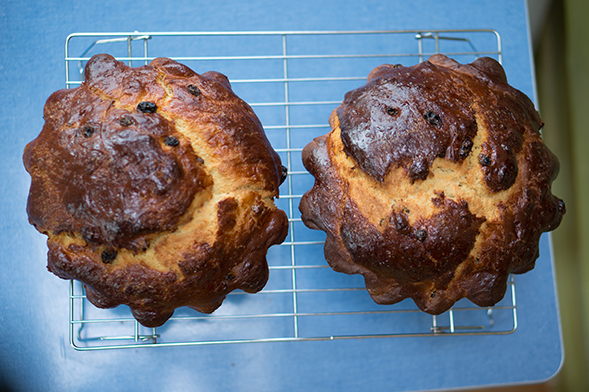 The list of ingredients in my grandmother’s Kozunak, the sweet bread she baked on Holy Saturday before Orthodox Easter, was as follows:

First, civil disobedience.  (I will explain this one later.)

Second, raisins that had arrived in a package from my uncle, an enemy of the Bulgarian communist state, who lived in West Germany.

Third, my grandmother’s legendary skill in the kitchen.  The kneading, done in a particular way to produce the light, thread-like texture of the buttery dough, took hours on end.  My grandmother braced herself weeks in advance for this exacting baking task, like a wrestler in anticipation of a rigorous match that would consume all her stamina and will.  My mother would not even dare attempt to make Kozunak.

Finally, white flour, eggs, butter, yeast and milk.  These ingredients tested my grandmother’s ability to secure foodstuffs during the hungry years of Communism.

END_OF_DOCUMENT_TOKEN_TO_BE_REPLACED

At every breakfast I had as a child in Koprivshtitsa, my grandparents insisted that I had my cup full of milk.  The milk came directly from the barn of one of my grandmother’s close acquaintances.  It was unpasteurized and non-homogenized, and my grandparents boiled it twice to minimize the risk of getting sick.  No communist factory had messed this milk up.  It had not been watered down or processed to kill contamination.  Neither had it been forced through tubes, poured into dull-looking plastic packaging and sealed shut, so that a grumpy seller could slam down this product of the communist economy in front of a customer, addressing him or her as “comrade.”  A comrade who might as well have been number 57 in line.  Five more customers served and the rest of the comrades waiting would be turned away to head home empty-handed.

END_OF_DOCUMENT_TOKEN_TO_BE_REPLACED 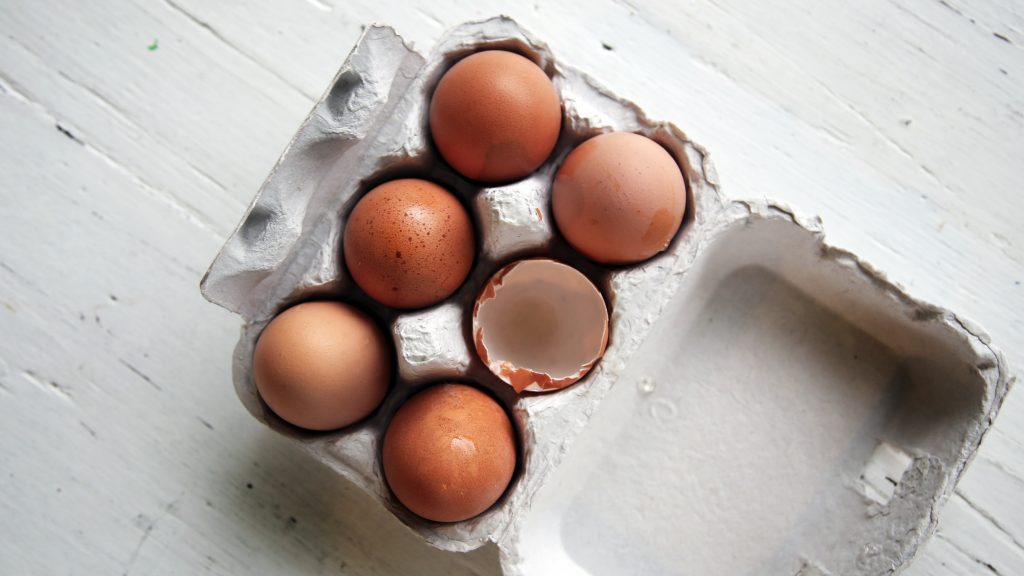 Banitza, thin sheets of rolled out pastry filled with a mixture of eggs and crumbled feta cheese, was one of my grandmother’s specialty dishes, which I vividly remember.  I see my grandmother carefully walking down the steps from her kitchen on the very top floor, holding in her hands firmly but tenderly a baking pan, covered with a thin cotton cloth.  Underneath was her banitza, a cloud of powdered sugar, set on flaky pastry, which was delicate as egg shells in shades of buttery yellow and darker browns.  Where the shell had cracked, I glimpsed silky filling of feta cheese and egg yolk.  My eyes savored the banitza, while I had a distinct sense that it was not baked just to be eaten.

END_OF_DOCUMENT_TOKEN_TO_BE_REPLACED 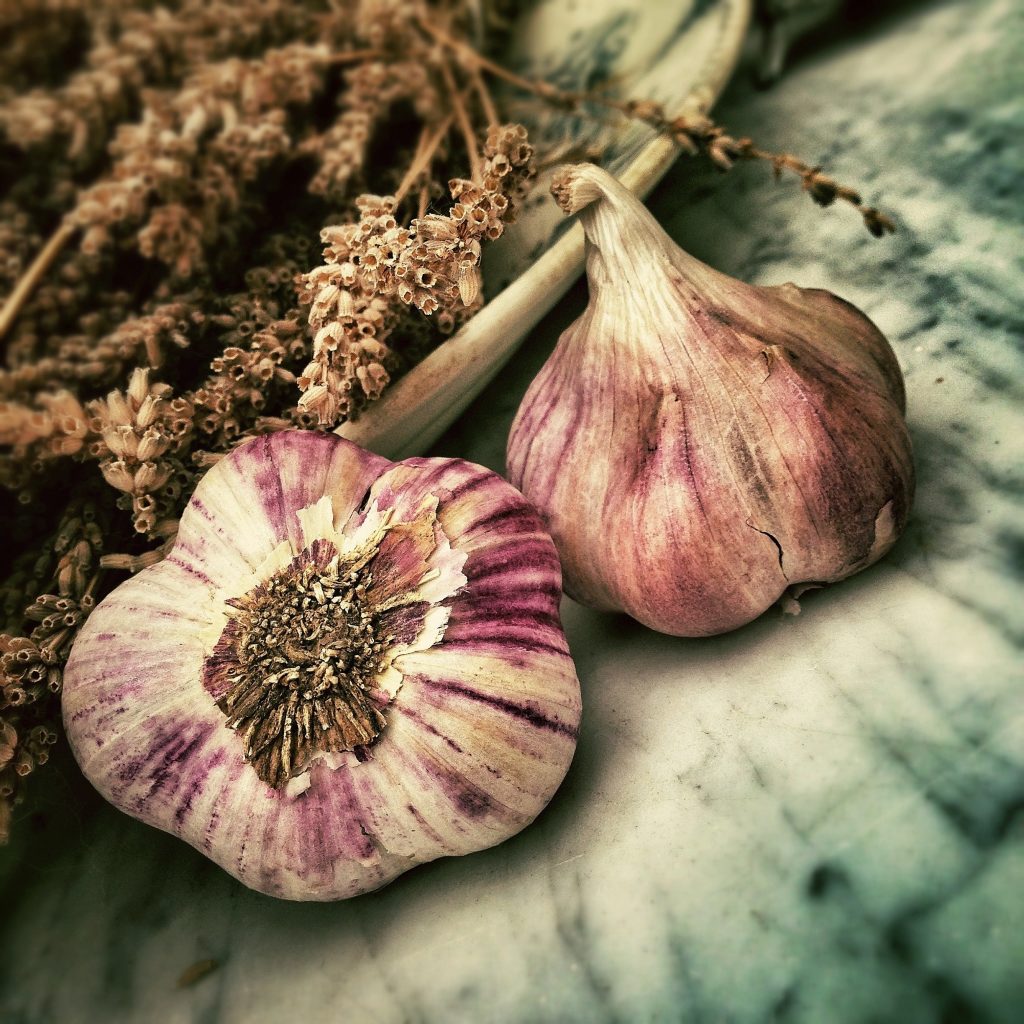 My grandmother used garlic in the same way other cooks use salt in their cooking.  I never had the honor of cooking with her.  However, she is the person whom I have spent years observing in the kitchen.  I was captivated by the swift and rhythmic movements of her hands while she was chopping, crushing, tearing, mixing, folding in, pouring, kneading and rolling out.  As a child, I found the unwavering certainty of her gestures reassuring.  She didn’t use recipes but followed an innate sense of which one and  how much of an ingredient she should use in a certain dish.  Now I am humbled by the reliability of her memory, which held an impressive repertoire of dishes, along with the ingredients and exact sequence of steps necessary to prepare them.  I cook a lot and often discover that if I don’t pencil down in my cookbooks the changes I have made to a recipe, the next time I want to make it, I oftentimes pause in uncertainty trying to recall what worked so well the time before.